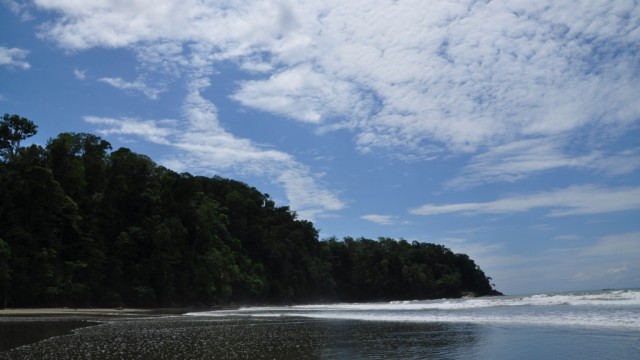 The construction boom in the coastal (beach) areas of Costa Rica is clearly evident where construction has increased 250% in 3 years. Unfortunately some of this construction has been done in areas where there is no approved building zoning plan (plan regulador). As such profit taking has been the sole driving force in construction development in many areas at the expense of a well organized and planned infrastructure to mitigate the development.

The prime example of this problem has been Tamarindo. The lack of a Municipal zoning plan made the zone a “free for all” where builders got away with doing whatever they wanted and this fueled by a frenzy of North American purchasers that were willing to pay exorbitant prices based upon price comparisons they made to California and Florida prices at the peak of the real estate boom in the United States. This just created the “perfect storm” since builders just kept building without considering the consequences.

The result is that in February 0f 2008 Tamarindo lost its “blue flag” status for their beach due to the high content of fecal contamination entering the ocean. The “blue flag” program is monitored by the Costa Rican Department of Water and Sewage (AyA) and the flag is awarded to those clean beaches that do not contaminate the ocean.

Since Zoning is a local matter it is up to the local Municipal Government to spearhead and approve the relevant zoning plans. However, many Municipal Governments have been incapable of moving these programs forward leaving a large vacuum in building regulations.

To close this gap the government of President Oscar Arias issued an Executive Decree in April of 2008 imposing building restrictions in coastal areas which will be applicable at a National level and is of mandatory compliance by any Municipal government that does not have an approved zoning plan.

In those areas the building height restrictions shall be as follows:

In passing the regulations the government noted that “It is the responsibility of all of us, government, municipal government and the private sector to respect the natural resources and scenery that surrounds us”

The caveat is that the regulations come into effect 6 months after notice is published in the official newspaper La Gaceta to allow projects that have already been approved or are under development to continue.

The hope is that the local Municipal governments that are charged with oversight of their local areas take the lead and pass their zoning plans that will provide an orderly and planned development of the coastal areas to avoid the mistakes of the past.

View Our Properties in Coastal Areas

← Land Purchasing: Another Reminder Of Why Buying Land In Costa Rica Is So Rewarding
You Snooze, You Lose. The Osa Pennisula Condo Market is About to Catch Fire →
Comments are closed.