Finca La Piedra is a unique property that rises above the city of San Isidro del General between the Pan American Highway just below the ‘ESE’ and the town of San Ramon Norte. This property is conveniently located just 10 minutes from downtown San Isidro on newly paved roads. The land features rolling hills, an old apple orchard, and the magnificent Sleeping Indian rock formation which figures prominently in local lore and legend. It ranges from 3,400 to 4,800 feet in elevation and the western portion overlooks the city of San Isidro and the beautiful Valle de General.

There are several breath-taking natural building sites on the property. The upper reaches of the finca are heavily wooded with magnificent hardwood trees, many with orchids and bromeliads, perfect for a rain forest escape from the everyday. The elevation ensures cool temperatures, and views abound – pick any direction!

Land Planted with Everything You Need to Live

Finca La Piedra takes its name from the original home farm and its Tico owner. He planted a real food forest, boasting just about everything one would need to live from fruits and vegetables produced on the farm. The land has been conserved to include numerous mature mammon chino trees, sweet juicy oranges, avocados, carambolas, maranons, pipas, guavas, guayabas and many native rare tropical hardwoods. There are also bananas, papayas, plantains, corn, beans, yucca, and producing coffee. These plantings have not been actively cultivated, but have spread and reseeded into the wild over the last 25 years.

The wooded portions of the farm offer sustenance and sanctuary to native animals and butterflies, and all of the birds that are native to or migrate through Costa Rica. The pasture land is suitable for horses.

La Piedra was purchased in the 1970s by a gringo family whose daughter had been a Peace Corps volunteer in Costa Rica. She met and married another Peace Corps volunteer and they stayed on in San Ramon Norte, where they had the first grandchild in the family. A family member still owns and now resides in San Ramon Norte, where he is very active in this friendly and diverse community. Other family members are building on and improving the land adjoining the parcel for sale.

La Piedra rises above the city in a beautiful mountain setting. The stately rocks which give the farm its name also form the Sleeping Indian, a rugged and beautiful natural monument. Who would be interested in La Piedra? Anyone who appreciates the setting of raw natural beauty and wildlife together with convenient access to the bustling city of San Isidro as well as the rural community of farmers and vaqueros of San Ramon Norte.

La Piedra would be an ideal retreat for a conservation-minded gentleman/woman farmer, rancher, or a conscientious developer with an eye for scenic views and lofty privacy close to, but not up against, the attractions of the city. And don’t forget the beautiful Pacific Ocean and its popular beaches are close by! 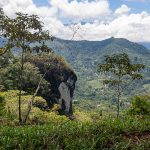 Off the Grid Finca La Piedra 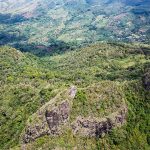 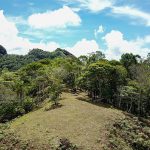 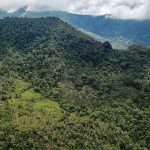 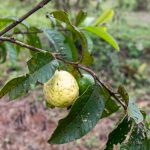 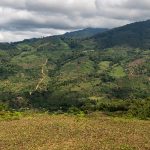 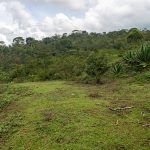 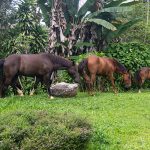 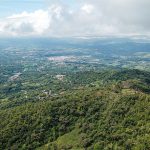